We work in Zambia

In the context of a developing country that won its independence from Great Britain in 1964. Zambia is poor in a material sense, but rich in a spiritual sense. This means that we face challenges that often times are very different from western countries. Most of our members struggle every year to get enough food on the table for themselves and their families. Also, at the same time Zambia has been declared to be a christian nation, use of witchcraft is widespread and also preaching of prosperity gospel. 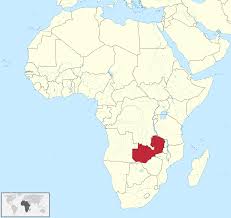 We work in the Copperbelt region

An area very rich on minerals, close to the Democratic Republic of Congo. The mining industry has been around for a long time, for good and for worse. The biggest cities in the region are Ndola and Kitwe, about a two hours drive from Mpongwe. As far as commerce goes, you can find almost anything you would expect from a European city in these bigger cities and towns. In Zambia there are over 70 different tribes, with many different languages, but in this area the dominant language is Bemba. Apart from these bigger cities most of this region is very rural with sometimes very poor roads.

In you want to know more about where the MBA churches are in this region, take a look at ”What we do – Churchwork” for more information. 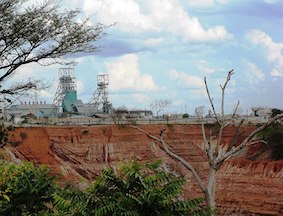 We work in Mpongwe

In the beginning of the 20th century, Mpongwe was little more than wild bushland, known by the locals to be haunted by dangerous animals and evil spirits. Today the once small village is starting to look more and more like a town with a lively market at its center. Here you can find locally harvested foods, household articles and beautiful patterned cloth for your chitengi!

The mission compound is close to the marketplace. In this area you will find the MBA office, the hospital, the workshop, guesthouses and the Baptist church in the midst of Jacaranda and Flamoyant trees. 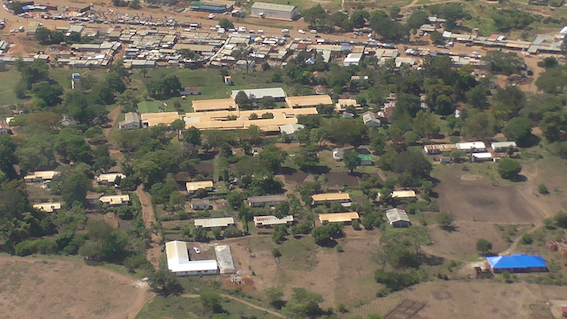 Zambia, a country of more than 11 million people, is one of the poorest countries in the world. Mpongwe Mission Hospital (MMH) and the denomination offices of MBA are situated in the Copperbelt Province in the Mpongwe District, a rural province slightly better off than other districts, but still very poor. Mpongwe Mission, where we are located, is about one hours drive from the mining town of Luanshya.

The churches of MBA are spread throughout several provinces and districts of Zambia:

Mpongwe District is about 100 km southwest of Ndola, in the Copperbelt region of Zambia. Mpongwe District is a poor area, with a population of 111,000, most of whom are subsistence farmers. Poverty is widespread. Household incomes are between $15-60/month. Unemployment is high. Some earn a living by trading, charcoal burning and fishing.

Others are employed by the commercial farms in the area, often employed on short term contracts during the planting season and harvest. The area is known as the breadbasket of the country. Despite that food security is poor. This has contributed to low nutritional status of the people.

Most people live without electricity or running water. 35% of the population must travel, often by foot, a minimum of 25 km to access a health facility. Other challenges facing our community: HIV/AIDS rate is high, (estimated to be 16 – 20%), Malaria is a large scale problem, especially for children and pregnant women. Malaria is the most common cause of death among children under the age of 5. The number of orphans is very high in the area and many families take care of other children then their own.

Learn More
Mpongwe’s Charm,  Challenges facing our community and facts about Zambia.
Support MBA: A variety of ways to  Get Involved, Volunteer, Give, Pray